All Vietnam-era veterans are invited to participate. The Philadelphia Vietnam Veterans Memorial Fund is participating in a Vietnam War Commemoration program on March 29 at 9 a.m. at KleinLife, 10100 Jamison Ave. in Philadelphia. During the ceremony, Vietnam era veterans will be honored with the 50th-Year Commemoration Pin recognizing the anniversary of the end of the war. Commemorative Partners include the William Penn Chapter of the U.S. Army Association, the Defense Logistics Agency Troop Support, and the Michael J. Crescenz VA Medical Center. The event is sponsored by the Greater NE Philadelphia Chamber of Commerce. Veterans should RSVP at 215-737-2311 or email at  vietnamveteransrsvp@gmail.com. 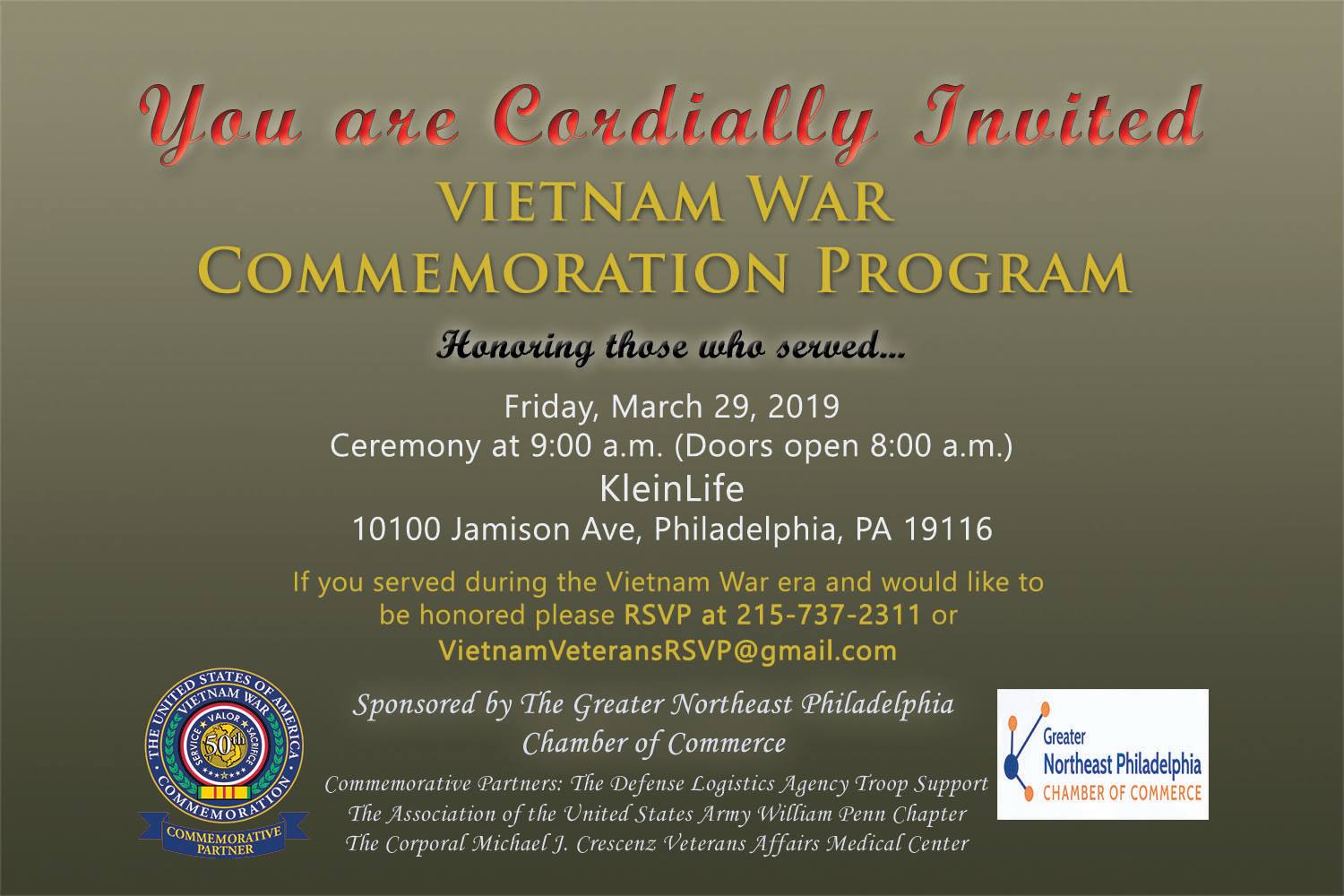